Bernhard Bauch, born 1982 nurtured in Vienna/Austria, lived in Berlin/Germany for 8 years and now living on the country-side in Oderbruch, Brandenburg/Germany now.

He has been educated by University of Applied Arts (Peter Weibel/Thomas Fürstner) for some semesters and after moving to Berlin graduated at University of the Arts in Art and Media (Experimental Media Design) in the custody of Alberto de Campo. 2012 he graduate as "Meisterschüler" at Universität der Künste Berlin (UdK).

In the past - because of his background as working as a web-developer and a doubter against collection drains like Google and friends, lots of his work is based and focused on web technology and its global players. He is also known as Gernot Untergruber.

Bernhard Bauch was active in the non-proft-collective for culture and art called Ida Nowhere in Berlin. In 2015 he teached at the FREE IRRATIONAL UNIVERSITY Berlin - class “Composition and musical interaction”.

In 2016 he finally quit his web-development carrier and since 2017 he is freelancing as an artist, musician, light and sound designer (a lot for Theater am Rand).

Since 2017 he was working on his solo album, which was fnished in 2020 (still waiting for a release) and in 2021 he started is own Music and Recording Studio. 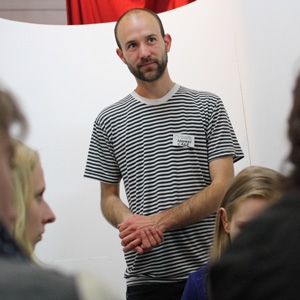 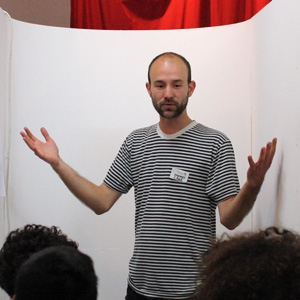