At beginning of 2011 he seemed to get better and finally he was sent to be prepared to show up at the exhibition of "Varia zoosystematica profundorum" at the NK Project, Berlin for end of january as a part of an exhibition for Transmediale 11. The transfer to the rooms at UdK went smoothly. Although Paulantinautius divinatio was in good company, he behaved different than before. After three days the scientists were able to understand the new behavior pattern. He was scattering sand, made from scrunching old shells, to express his deep lugubriousness. A few hours later he tried commit suicide by gnawing his mounting rope. The chief scientist managed to restore him without any perpetual damages and he was successfully transferred to the rooms at NK.

In his environment he showed no more signes of depression. But after the first day, when he was left alone with all the other creatures, he tried again to take his own life two times in a row. This time the scientist were not able to restore his full functionality. He left his motor abilities to soar and descend ... 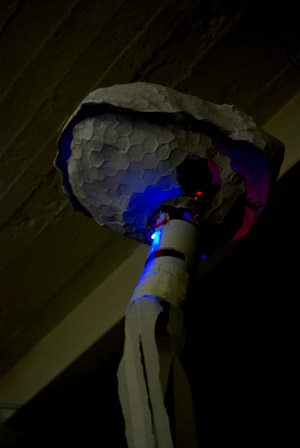 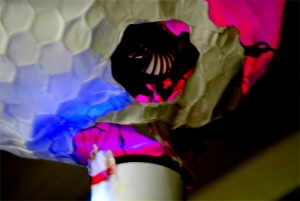