Study of cars driving over metal in Iceland.
websoundwork in progresslong time19. July 2012

Traveling around in Iceland in July/August 2012 i started recording the sound of Ristarhliðs while cars are driving over.

A Ristarhlið is a metal gate that is put into the road. First i thought these things are used to lock-down roads, when they are not drivable, but just removing the gate. But later i was told, that sheeps can not walk across those things and they are used to avoid that sheeps are running from one land to the other.

You can listen to those sounds on my field-recording project Ears are Wings. There you  will see a map of all recordings. 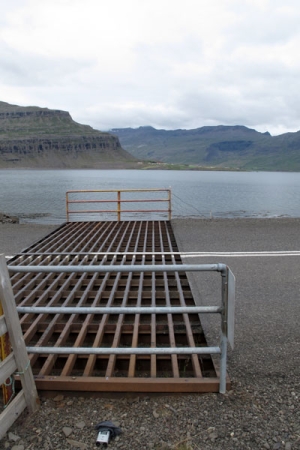